7 Fascinating Facts about the Northern Lights That Will Leave You Dazzled!

The Northern Lights, also known as the Aurora Borealis, is a magical light display that takes over our skies in the Northern Hemisphere. Only found in a few places around the world, this dazzling phenomenon is a once-in-a-lifetime experience. Interested in learning the magic behind the colors? Then explore these 7 interesting facts about the Northern Lights.

This supernatural light display was first coined the Aurora Borealis by Italian astronomer Galileo Galilei in 1619. Galileo coined the name after the Roman goddess of dawn, Aurora, and the Greek god of the North wind, Boreas. However, it is thought that the earliest recording of the Northern lights was over 30,000 years ago in a cave painting in France.

Since then it has been entwined in myths and legends worldwide, which we will look at later. Today, it has been viewed by millions in select places near and in the North and South poles. From Norway and Russia to Canada and Alaska, to New Zealand and Antarctica, there are plenty of places to view this celestial magic!

Stick around to explore the most magical facts about this vivid display of color and how you can see a piece of the action! 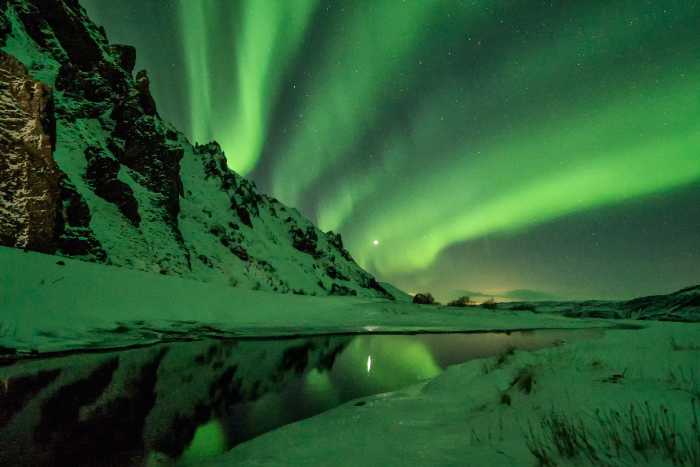 7 Fascinating Facts about the Northern Lights

1. Solar Wind and our Magnetic Field causes the Northern Lights

For many years, scientists were baffled about how the Northern Lights were created. All manners of theories, myths, and conspiracies have been discussed over the years.

However, through a laboratory experiment in the Plasma Device at the University of California, Los Angeles (UCLA), scientists believe that solar wind (the charged particles that escape the sun) interacts with our planet’s magnetic field and atmosphere.

This is what causes the Aurora Borealis to appear.

Looking to catch the Northern Lights in their largest display of color? Then you need to see them when the solar activity is high.

It’s the particular powerful solar winds that cause this high solar activity. The charged particles that are in these solar winds travel at speeds of three million km/s. They are one of the factors that cause the Northern Lights to put on an intense display.

3. The Colors of the Northern Lights are created by Gases, our Atmosphere, and Distance

If you have ever seen a photo of the Aurora Borealis then you will know the sky is splashed with colors like green, red, and purple. It’s what makes this spectacular light show so unique!

But what causes these beautiful colors? The auroral light colors are decided by the height of the collision of the solar wind with the gasses in our atmosphere.

The two main gasses in our atmosphere are nitrogen and oxygen. These both give off different colors as the solar winds collide with them. Oxygen gives off the gorgeous green colors of the Aurora, and the nitrogen, the pretty pinks and ravishing reds. 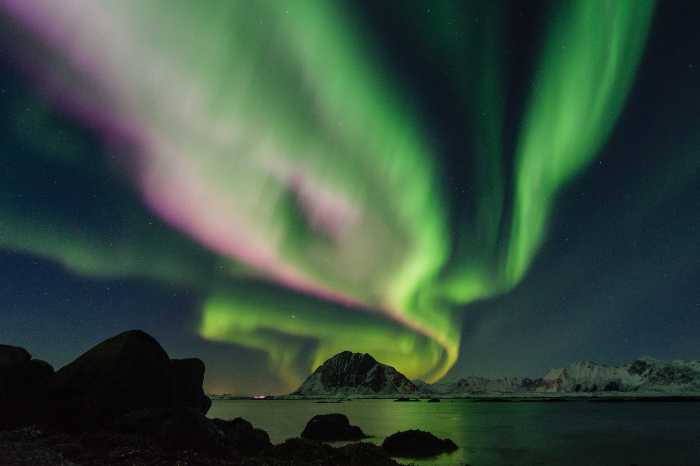 4. You can see the Aurora from Space!

Not only can you view the Aurora at both the South and North poles, but if you’re lucky enough to head up into space, you can also get a glimpse of the beautiful lights from above.

Astronauts at the International Space Station have sent back photos of the lights dancing on Earth, it’s truly a unique view.

If you want to see the Aurora from Space, check the Nasa photos here.

We have spoken a lot about the Northern Lights, but did you know these dancing waves of light can be seen in the Southern Hemisphere?

The lights can be seen at both poles, meaning you can see a light display in both the Northern and Southern hemispheres. It is called the Aurora Australis.

The Aurora Australis is found in New Zealand, Tasmania, Australia, and Antarctica. 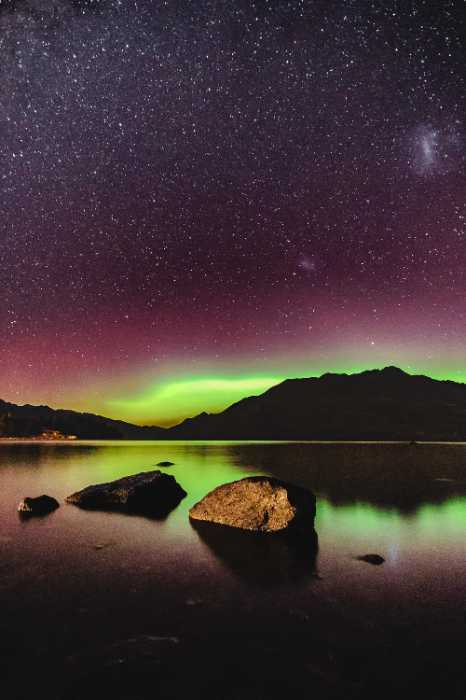 6. There are Many Myths and Legends about the Aurora Borealis

As well as science, there are many legends that tell stories of the Northern Lights. Throughout cultures and history, many people have regarded the rays of color as a natural spectacle that should be cherished and marveled at.

Here are some fascinating myths and legends about the Aurora Borealis:

Whatever you believe, every belief has one thing in common: These beautiful lights in the sky are a wonder of the world and should be experienced if you get the opportunity.

7. We are Not the Only Planet with the Aurora

We are not alone! Other planets in our solar system also have Aurora. They have been found on Mars, Jupiter, Saturn, and even on some planets’ moons!

Depending on the planet, they can be caused by electromagnetic radiation, weather patterns, and solar winds, just to mention a few!

They aren’t the same as our Aurora Borealis on Earth, but they shed some beautiful displays of light. Seems we aren’t the only ones watching an exquisite display of light in our solar system!

Have you added the Northern Lights to your bucket list yet? If not, we highly recommend you do! This captivating display of light is a vacation must!

Need a few tips on how to make your visit to the Northern Lights a success? Check out these tips:

If you fancy a trip to see the Northern Lights, you can check out our group tour.